Home » Why Do You Lose Weight On A Keto Diet 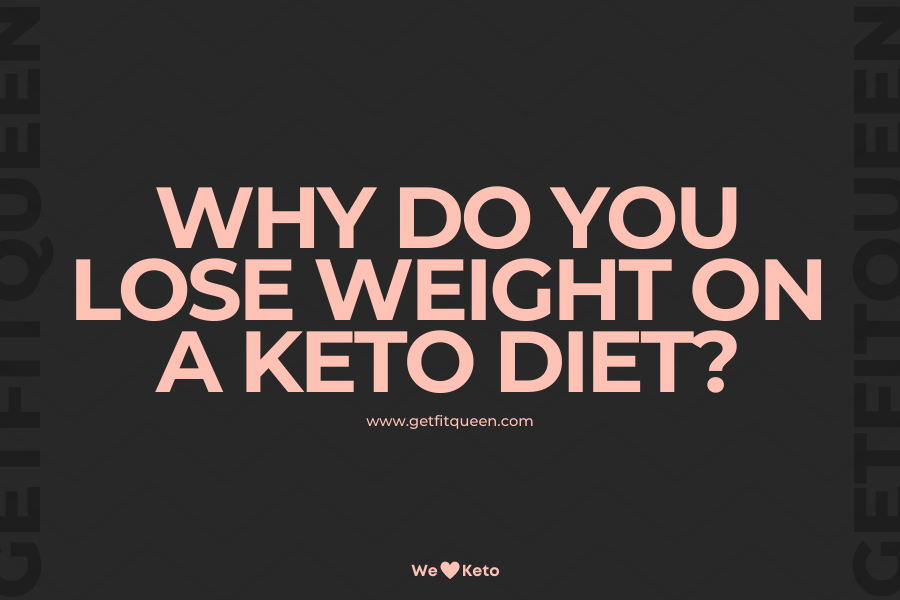 Why Do You Lose Weight On A Keto Diet?

The Ketogenic Diet defies most logic when it comes to weight loss.  The common question is “How does eating more fat really make you lose fat?” It sounds counter-intuitive, but scientific research and real-life results provide strong evidence that the Ketogenic diet does indeed work to shed excess weight and reduce body fat.

In 2007, a team of eight research scientists created a test to compare various dietary theories and the respective impact of these diets on body mass and fat. The diets included the Atkins diet (aka the ketogenic diet) with three other diets in a 12-month randomized controlled trial. Here were the parameters:

Baseline measurement were taken and the the 311 women were divided into four separate groups:

At the conclusion of the trial, weight loss was greater for women in the Atkins Diet group compared with the other diet groups at 12 months, and the average 12-month weight loss was significantly different between the Atkins and Zone diets. The average BMI in the Atkins group decreased by 1.65, versus only 0.92 in the LEARN group, 0.77 in the Ornish group, and 0.53 in the Zone group. This means that the subjects who ate the Atkins Diet decreased their BMI, on average, more than twice in the subjects from the high-carb diet Ornish group.

So bottom line—the Ketogenic diet works for weight loss and it superior to most other diet theories. For more details on the full research study – click here.

WHY DOES IT WORK?

When you limit your carbohydrate intake, your body goes into ketosis. Ketosis is a state that the body goes into if it doesn’t have its usual source of energy – glucose (aka carbohydrates), so it then turns to ketones to create energy. These ketones are created by the liver using your stored fat. So basically, while the body is making these ketones—you end up burning body fat for fuel. Body fat for fuel = fat & weight loss. It is a simple formula!

Also, most carbohydrates in the standard American diet come in the form of sugar, refined grains, and processed foods. None of these items promote health or weight loss.  And on the contrary most are culprits for weight gain.  By eliminating these food items from your diet, you are also taking one step closer to optimal health!